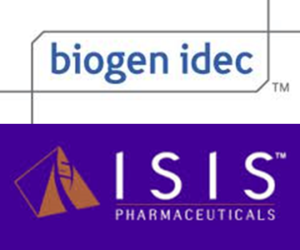 Carlsbad, California-based Isis Pharmaceuticals, Inc. recently announced the launch of a study for ISIS-DMPKRx, indicated to treat Myotonic Dystrophy Type 1 (DM1), a rare neuromuscular disease caused by an abnormal and toxic production of dystrophia myotonica-protein kinase (DMPK) RNA in cells, which is an abnormally long strand of RNA, that accumulates in cell nuclei and prevents functional protein production. The experimental drug is designed to specifically inhibit DMPK RNA production.

B. Lynne Parshall, the Chief Operating Officer at Isis, recognizes the substantial role of their partner Biogen Idec in the company’s discovery and development of novel therapeutics for serious and rare disease, such as DM1. After nearly 3 years of collaborative research, the two companies discovered and completed early development of ISIS-DMPKRx, including a Phase 1 single ascending-dose study in healthy volunteers. They have now begun dosing DM1 patients.

“The Myotonic Dystrophy Foundation is pleased that Isis is advancing to the next phase of clinical trials for ISIS-DMPKRx,” said Molly White, the executive director of the Myotonic Dystrophy Foundation. “Myotonic Dystrophy, the most common form of muscular dystrophy, is a devastating disease with no therapeutic option.  Myotonic dystrophy research has accelerated significantly in the last 10 years, helping bring about the innovative science behind ISIS-DMPKRx, a drug that specifically targets the genetic defect that causes myotonic dystrophy type 1.  We applaud Isis for investing in and leading drug development efforts for myotonic dystrophy type 1, and we appreciate the commitment Isis Pharmaceuticals has made to improve the lives of patients in our community.”

This newly opened Phase 1/2 is a 6-week randomized, placebo-controlled, dose-escalation study that aims to determine ISIS-DMPKRx’s safety and tolerability profile. The study aims to dose about 36 DM1 patients. To learn more about the study, and how to participate, visit www.clinicaltrials.gov (NCT02312011).

C. Frank Bennett, Ph.D, the senior vice president of research at Isis, said this study is the first to attempt to observe the effect of the drug in patients with muscular dystrophy, and is the first designed to specifically address the production of toxic amounts of abnormal RNA. “ISIS-DMPKRx is our third generation 2.5 drug to enter clinical development.  In this study we plan to evaluate and determine the approximate therapeutic dose of an antisense drug needed to affect the concentration of a target in muscle tissue.”