The ‘Crip Camp’ Utopia Made Us a Better Society Today 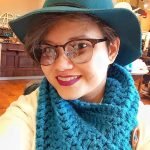 Netflix’s new documentary “Crip Camp” transports viewers to the peak era of peace-preaching hippies and civil rights activists. But amid these revolutions, another minority group struggled to find belonging: the disability community. To further their cause, Camp Jened’s hippie staff dedicated themselves to treating people with disabilities as valuable members of society.

The first few scenes of “Crip Camp” depict producer Jim LeBrecht as a happy-go-lucky child diagnosed at birth with spina bifida, which prevented him from using his legs. He learned to navigate an inaccessible world in his own way, but not without an unreasonable amount of struggle — sometimes he even had to lift his wheelchair up stairs by himself. Soon, though, the New York summer camp would spark change for his life and for many others with disabilities.

Camp Jened was a safe haven for teens and adults alike to escape the discrimination and societal boundaries targeting physical or mental disabilities in the 1960s and ’70s. Scenes of campers’ smiling faces and twinkling eyes pan across the screen as they indulge in activities other teenagers would’ve taken for granted, such as playing baseball or making out beneath the shade of a tree.

Denise Jacobson, a camper of Camp Jened, fittingly described camp as “a utopia.” Her words hit home for me. Though I didn’t attend Camp Jened, nostalgia washed over me as my memories of Muscular Dystrophy Association summer camp came rushing back. Memories filled with the sounds of laughter as campers and counselors sang songs by the campfire. Memories of learning to drive my first wheelchair and picking up pointers from my fellow cabinmates.

That camp was called The Painted Turtle, one of the Hole in the Wall Gang Camps nestled in the desert mountains of Palmdale, California. Actor-director-philanthropist Paul Newman created his Hole in the Wall Gang Camps specifically for children with disabilities and illnesses. Every aspect of The Painted Turtle’s landscape was wheelchair accessible including the cabins, buildings, rope course, and swimming pool. This provided the campers an escape from the boundaries of the outside world, very similar to Camp Jened’s mission.

Although I didn’t always feel a belonging at summer camp due to my rare form of muscular dystrophy, I did relish freedom during those days spent at camp. The ability-limiting chains of my disease disappeared. I could loosen my binds knowing that if my health suffered at least there was a hospital on site to treat me.

As the documentary continued, the Camp Jened attendees grew older and began fighting for their rights outside the camp. Throughout their lives, the campers always managed to reunite. These accidental reconciliations reminded me of the friendships I made at camp and still maintain to this day.

Note: Muscular Dystrophy News is strictly a news and information website about the disease. It does not provide medical advice, diagnosis or treatment. This content is not intended to be a substitute for professional medical advice, diagnosis, or treatment. Always seek the advice of your physician or another qualified health provider with any questions you may have regarding a medical condition. Never disregard professional medical advice or delay in seeking it because of something you have read on this website. The opinions expressed in this column are not those of Muscular Dystrophy News or its parent company, BioNews Services, and are intended to spark discussion about issues pertaining to muscular dystrophy.

Leah Leilani Leah is a Southern California-based patient writer. She’s been an active member of the muscular dystrophy community since her regional ambassadorship with the MDA beginning at the age of 10 after her diagnosis of a rare neuromuscular disease, mitochondrial myopathy (Mito). Leah advocates for those with disabilities and promotes an understanding of her condition by evoking a positive outlook upon the obstacles she faces. Leah’s work doesn’t just stop at her column: she also doubles as a co-moderator on the MD News Forums. Away from her jobs, Leah is known among family and friends for her artistic creativity and outgoing personality.